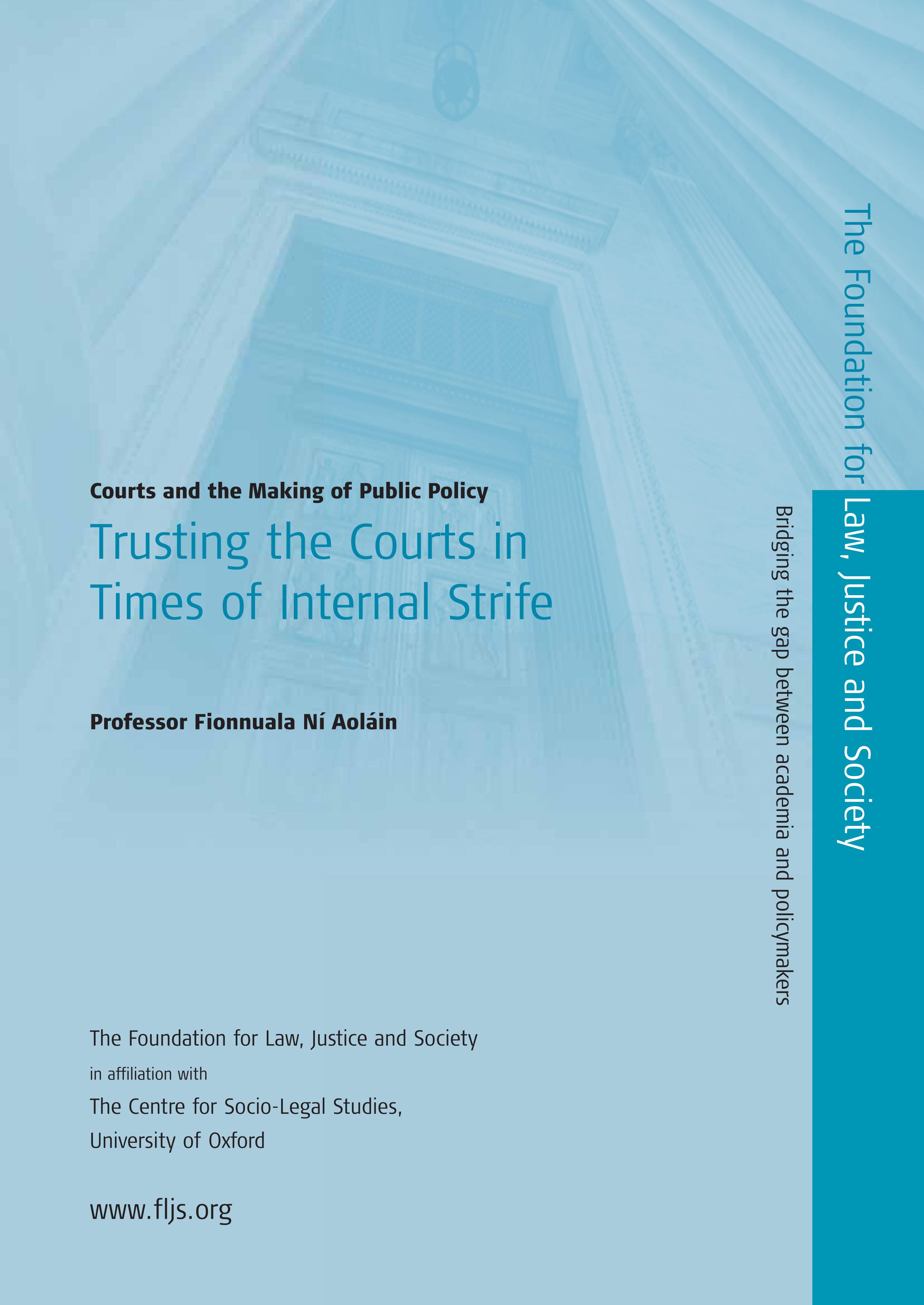 This analysis will focus primarily on the courts’ role in democratic states, with emphasis on the role of courts during violent internal crises.
ALSO OF INTEREST
Policy Brief
The Conflict between Government and the Judges

Conflict between the judges and government is built into the very concept of the judicial protection of human rights. The Human Rights Act does presuppose a basic consensus on human rights between the judges, on the one hand, and the government, people and Parliament on the other. However, there is clearly no consensus when it comes to the rights of unpopular minorities, particularly concerning controversial issues such as asylum seekers suspected terrorists.

Policy Brief
Berlusconi on Trial: Some Lessons for Judicial Accountability

This policy brief sets out some of the recent case law on the right to the highest attainable standard of health and argues that this jurisprudence exposes the unnecessarily narrow construction of the social contract.

The boundaries of the social contract can be expanded to encompass not only the civil and political elements, but also the social.
Download