Session II
The Putney Debates 2018 - The Electoral System: Is it Time for Reform?

The Putney Debates 2018 were held on 2 February 2018 at St Mary's Church, Putney, to address the UK's constitutional future in the wake of the vote to leave the European Union.​

Robert Hazell CBE, Founder of the Constitution Unit, and the Independent Commission on Proportional Representation, opens Session II with his insights on electoral reform

Mark Knights, History Professor, Warwick, on corruption, iniquities, and reform within the UK electoral system over the centuries

Watch Session I: A Federal UK? The Pros and Cons 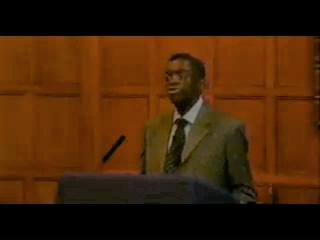