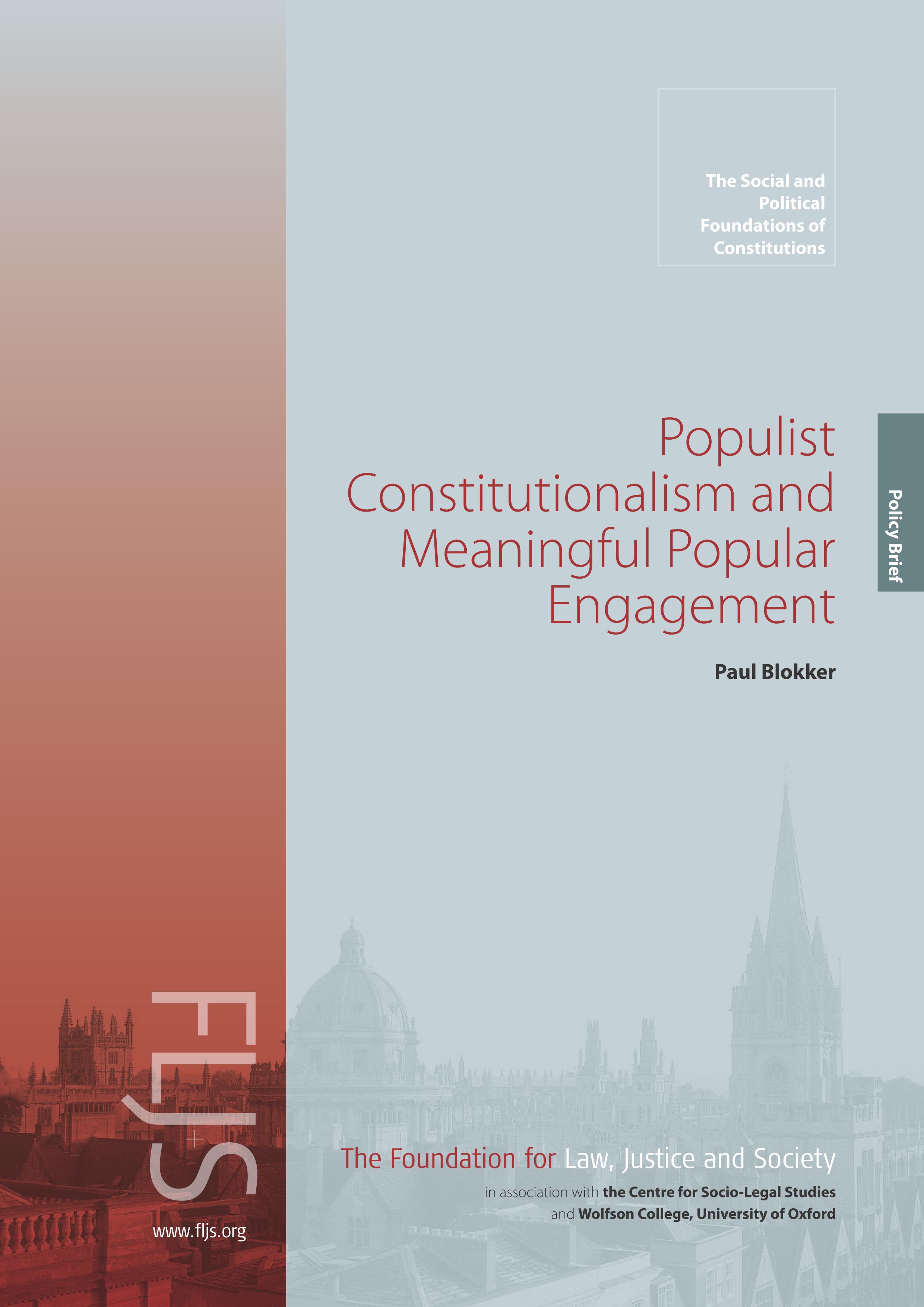 Populists challenge liberal constitutionalism on democratic grounds, by invoking popular sovereignty and claiming to put the ordinary citizen in the centre of the political system, while reducing the powers of the ‘enemies of the people’.

In this policy brief, sociologist and expert on populism Professor Paul Blokker argues that such populists actually increase this lack of democratic legitimacy.

He asks: Why have populists found it so easy to radically change constitutional institutions and norms, and what can we do about it?

The policy brief presents a new sociology of constitutions that shows how liberal constitutionalism is too distant from society and hence lacks sufficient societal embeddedness, a fatal weakness that is expertly exploited by populist leaders.

The way to combat this, therefore, is by societal mobilization and civil society action, including programmes to:

Without important civic engagement, it is difficult to see how endurable social and political attachment to the law and ‘constitutional patriotism’ might emerge, and how populist constitutionalism may be defeated or at least curtailed.
ALSO OF INTEREST
Policy Brief
(Mis)Understanding American Federalism: On constitutions, collective action, competition, and quiescence

American federalism is often lauded for promoting democratic participation and accountability, but this view neglects the ways in which it actually structures day-to-day political activity. Drawing on the concept of federalization of law and policy, this policy brief illustrates how lawmaking has proliferated across legal and legislative venues, particularly in the post-WWII period.