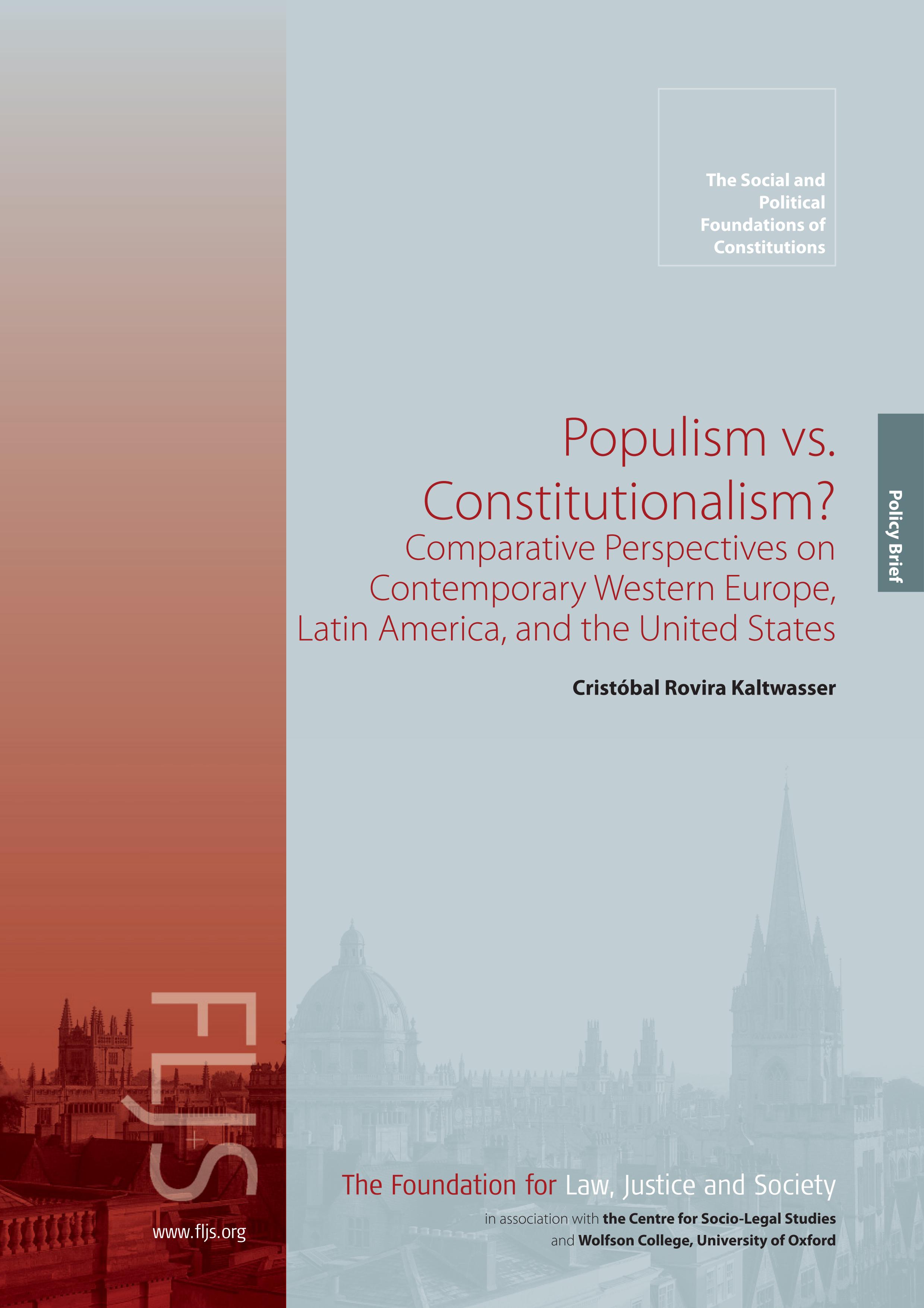 Rather than condemning outright populist actors, Rovira Kaltwasser advocates a more nuanced approach, arguing that, instead of portraying populists as anti-democrats, we should emphasize the importance of pluralism, as well as institutional checks and balances, in order to defend a conception of liberal democracy.

He illustrates his argument with examples across three continents, charting the rise of anti-immigration radical Right parties in Western Europe in the aftermath of 9/11, the anti-democratic constitution-making of Latin American leftist leaders such as Hugo Chávez in Venezuela, and the influence of the Tea Party in the US following President Obama's succession of George W. Bush.