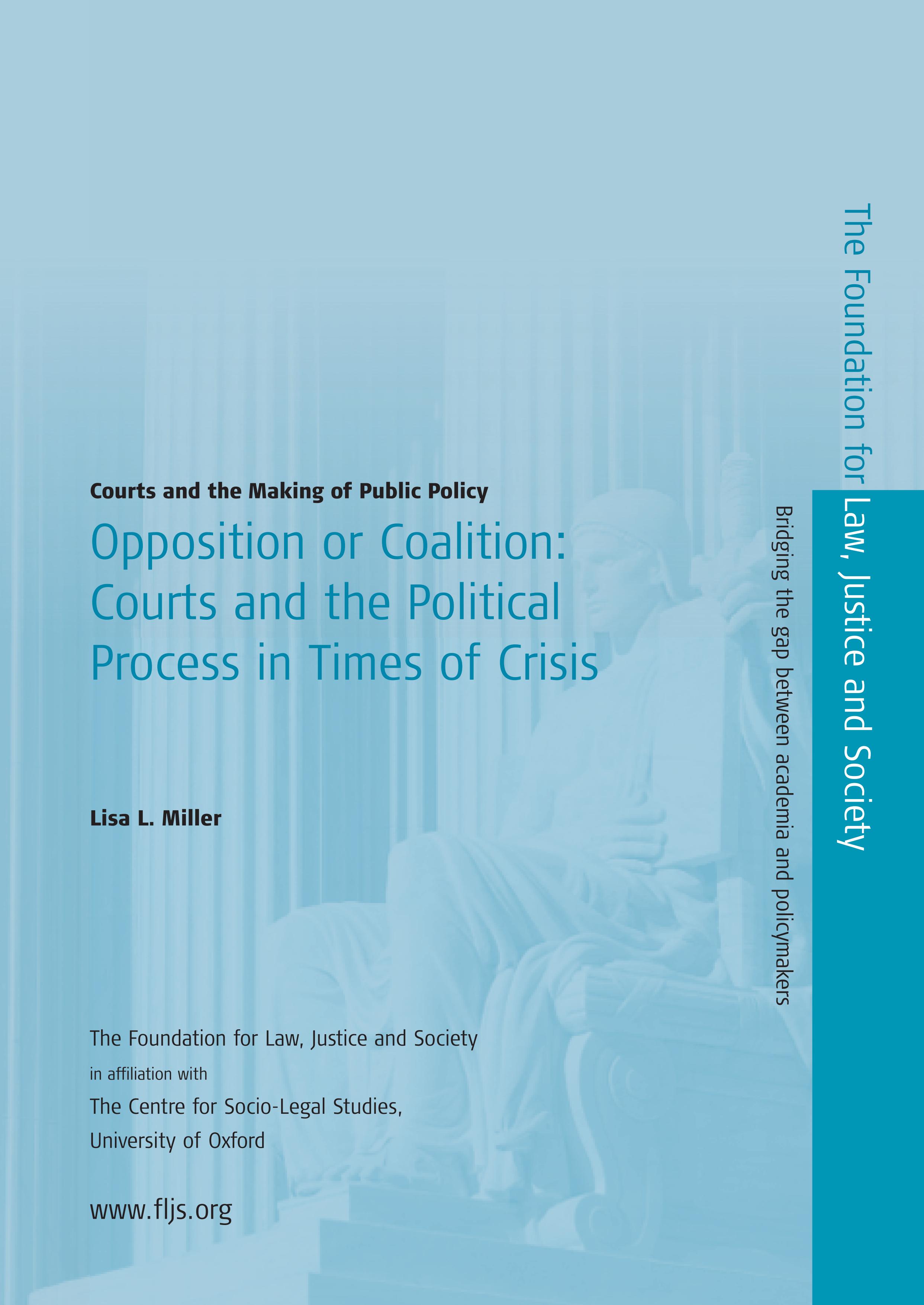 The question of how courts respond to national emergencies or crises is of profound importance in a democratic society. In the United States, the federal courts exercise the power of judicial review, giving them the authority to invalidate acts of legislatures or executives as unconstitutional. Given this, those groups who wish to ensure that government does not infringe on valued liberties during times of crisis often look to the federal courts to serve as a limitation on legislative and executive overreach.

This policy brief suggests that framing the question as an oppositional one; that is, as a question of the courts in opposition to other branches of government, misrepresents fundamental and distinctive aspects of the US federal courts. Rather, the judiciary operates in conjunction with other branches of government, often by invitation or by default when governing majorities either cannot or will not resolve disputes that divide them. In this sense, the impact of court decisions is measured less by direct social policy outcomes or compliance by other actors, than by the ways in which they contribute to or challenge dominant governing coalitions.
ALSO OF INTEREST
Report
The Role of Courts in a Democracy

Download
Report
The Capacity of Courts to Handle Complexity