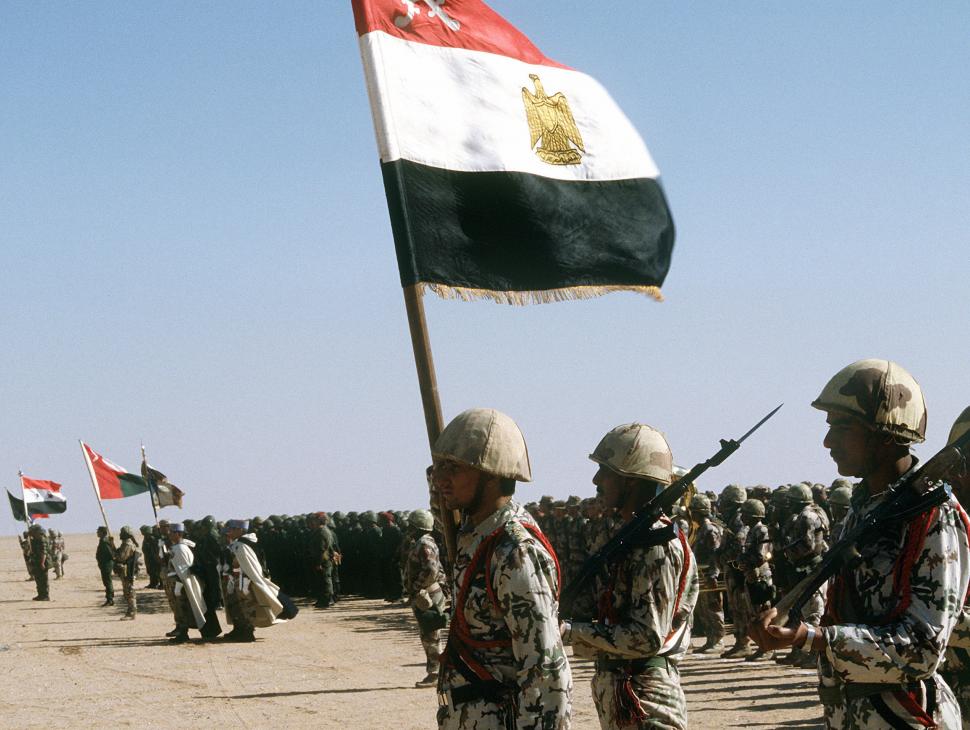 In November 2012, Syrian rebels established a ‘Committee for the Promotion of Virtue and the Prevention of Vice’ — a name similar to that of the Saudi religious police — in the city of al-Bab (province of Aleppo). In March of the following year, the president of the Syrian National Coalition Sheikh Mouaz al-Khatib publicly reproached radical insurgent groups for implementing a ban on smoking in certain regions, and even for executing a woman on charge of ‘fornication’.

Such developments seem to confirm the widespread Western perception of the implementation of sharia as a heavy-handed imposition of an Islamic lifestyle. This is undeniably part of the reality, but there is more to the establishment of Islamic jurisdictions in the rebel-held regions of Syria than a drive to impose public morality. Indeed, this is a marginal concern compared with more urgent issues such as the need to rebuild state institutions and to restore a minimal level of law and order.

A second point to be made here is that although the establishment of Islamic jurisdictions in Syria has led to many tensions and conflicts, the latter are hardly related to the divide between secular and Islamic law, because there is a broad agreement upon the principle of a sharia-inspired legal system. Conflicts rather arise from competing projects of institution-building promoted by military factions and by an increasingly autonomous judiciary.

Although the establishment of Islamic jurisdictions in Syria has led to many tensions and conflicts, the latter are hardly related to the divide between secular and Islamic law

The concept of sharia is not a novelty in the Syrian legislation. In the two constitutions promulgated under the rule of the Assad family (1973, 2012), Article 3 declares that ‘Islamic fiqh is the main source of legislation’. In practice, however, the legal system has been largely secularized: following the 1949 adoption of European-inspired penal and commercial codes, only civil law (personal status) has remained based on sharia.

As a result of the late twentieth-century Islamic revival, as well as the widespread discredit that has plagued the Ba‘thist regime and its institutions, the country’s predominantly secular legal architecture has come to be regarded as illegitimate by a growing number of Syrians — including members of the judiciary, which has always included a strong conservative element. The most spectacular illustration of that situation was the 2010 dismissal of a judge who had called Egyptian-Qatari Sheikh Yusuf al-Qardawi during his weekly programme on Al Jazeera and asked if it was religiously licit for him to serve in a court which implements positive laws that contradict sharia.

Moreover, popular distrust towards state jurisdiction has resulted in the persistence, and possibly revival, of informal arbitration by religious scholars, for instance, in order to settle disputes between merchants. Therefore, when Assad’s forces withdrew from large parts of the northern and eastern provinces (Idlib, Aleppo, Deir ez-Zor, Raqqa) from mid-2012 on, a wide consensus emerged among local communities upon the idea of rebuilding the judicial system on an Islamic basis. The unanimity of this project was all the more evident given the fact that these regions are the most conservative of the country and are very predominantly Sunni Muslim.

When Assad’s forces withdrew from large parts of the northern and eastern provinces ... a wide consensus emerged among local communities upon the idea of rebuilding the judicial system on an Islamic basis

After the withdrawal of regime forces, the need to re-establish judicial institutions was rapidly felt for two main reasons. First, local communities were seeking some protection from the insecurity that resulted from the collapse of state authority, and in particular from exactions by criminal gangs and rogue rebel groups. Second, the rebel groups themselves were in need of an authority that could deal with the war prisoners who had not been summarily executed, and arbitrate among themselves regarding the division of booty. Only later on did some of the newly established judicial authorities start to enforce public morality, a phenomenon that has remained limited and localized until now.

In the provinces of Idlib and Aleppo, newly established local courts were gradually integrated into a unified hierarchy at the provincial level. It was also agreed in principle that local courts would implement the Unified Arab Code, a sharia-inspired code agreed upon (but never implemented) by the Arab Ministers of Justice in 1996. A broad consensus also emerged concerning the non-implementation of hudud (corporal punishment), following the mainstream scholarly opinion, wherein the implementation of hudud requires a situation of peace as well as a legitimate state authority. Moreover, courts were generally favouring arbitration over punishment, the judges being chiefly concerned with the preservation of social unity in a context that was rendered extremely volatile by the proliferation of armed groups. Of significance here is the fact that the first post-revolutionary judicial institutions were dominated by traditionalist men of religion with moderate political views.

Newly liberated areas were characterized by a shortage of trained judges as the latter were discredited for being pro-regime, or remained in regime-held urban centres, or had fled the country. Muslim clerics filled the gap, because they were generally respected among the local communities and because it was somewhat ‘natural’ for sharia-based courts to be run by men of religion. However, the sheikhs often had little or no knowledge of legal procedures, and, in some places, of Islamic sciences in general. Like the judges, indeed, many of the most knowledgeable scholars were reviled for their past support for the regime, or they had left the country. For that reason, ‘judges’ were often assisted by young graduates of the Faculty of Sharia and lawyers.

Although the establishment of the first post-revolutionary court was a relatively smooth process, in particular because the idea of implementing sharia was faced with no significant challenge, tensions rapidly emerged between competing judicial institutions. The most notorious example has been the ongoing rivalry between Aleppo’s Unified Judicial Council, which is supposed to be the highest judicial authority in the province, and the Sharia Committee run by four Islamic insurgent factions (Tawhid Brigade, Ahrar al-Sham movement, al-Fajr movement and Nusra Front). Although the latter jurisdiction is the most overtly ‘Islamic’, the former is not secular either, as it implements the sharia-inspired Unified Arab Codes and reduces sentences for prisoners who memorize parts of the Quran.

In fact, the main point of contention between the two judicial bodies is not the nature of the law that should be implemented, but the separation of powers: whereas the Council aims to establish itself as an independent judicial authority, the Committee is directly supervized by armed groups that are eager to keep a judiciary arm. Their main concern is not so much to impose public morality, although they may do so, but rather to retain a valuable symbolic resource that can be used, for instance, in the struggle against rogue insurgents.

Although the establishment of the first post-revolutionary court was a relatively smooth process,tensions rapidly emerged between competing judicial institutions

In May 2013, the Sharia Committee provided religious legitimacy to the military campaign carried out by its constituent factions against Ghuraba al-Sham, a group accused of dismantling factories in order to sell their equipment to Turkish buyers. The following month, the Sharia Committee executed the leader of the Army of Muhammad, who was said to be a regime agent. Interestingly, as the May operation against Ghuraba al-Sham proved more difficult than expected, the Unified Judicial Council offered to mediate between the Committee and Ghuraba al-Sham, thereby asserting itself as the one and only neutral judicial authority in Aleppo.

In June 2013, the Sharia Committee executed the leader of the Army of Muhammad, who was said to be a regime agent

Afterwards, the Council has pursued its attempts at wrestling jurisdiction from armed groups, for instance by ordering the latter to hand over any prisoner to the Council within seventy-two hours of their arrest. However, the Council’s aspiration to autonomy is limited by its lack of own police force and consequent dependence on armed groups for law enforcement.

I am heavily indebted to Gilles Dorronsoro, Adam Backo, Arthur Quesnay, and Patrick Haenni for providing me with a wealth of first-hand information on the post-revolutionary judiciary in Syria.

Thomas Pierret is a Lecturer in Contemporary Islam at the University of Edinburgh. He is the author of Religion and State in Syria: the Sunni Ulama from Coup to Revolution (Cambridge University Press, 2013) and the co-editor of Ethnographies of Islam. Ritual Performances and Everyday Practices (Edinburgh University Press, 2012).

Does the Left’s Landmark Victory in Chile’s Constitutional Elections Signal a New Age of Representative Constitution-Making?
A Fundamental(ly) European ‘right to be forgotten’
Facebook, Big Data, and the Privatization of Justice in the Digital Age
How the UK’s ‘internal market’ depends on EU rules – and jeopardizes relations within the UK
The Unfulfilled Promise of the Brazilian Constitution
Electoral Reform: Democracy and Fairness
Colombian Peace Processes: Parapolítica and the transformative role of Courts in transition
Muddling Through: Brexit, the unwritten Constitution, and the Limits of Political Authority
Will the People of Chile Succeed in Rewriting their ‘Dictatorship Constitution’?
The EU referendum: No legal salve for UK’s disenfranchised non-resident citizens
Preserving Parliamentary Power in Pakistan
Magna Carta: A Beggarly Thing, A Mess of Pottage
A Break in China’s Smog: Will environmental concerns help deliver consumer rights to China?
The Regulatory Space: An Evolving Paradigm
Twenty-five years since the Velvet Revolutions, how much has changed in the Eastern Bloc?