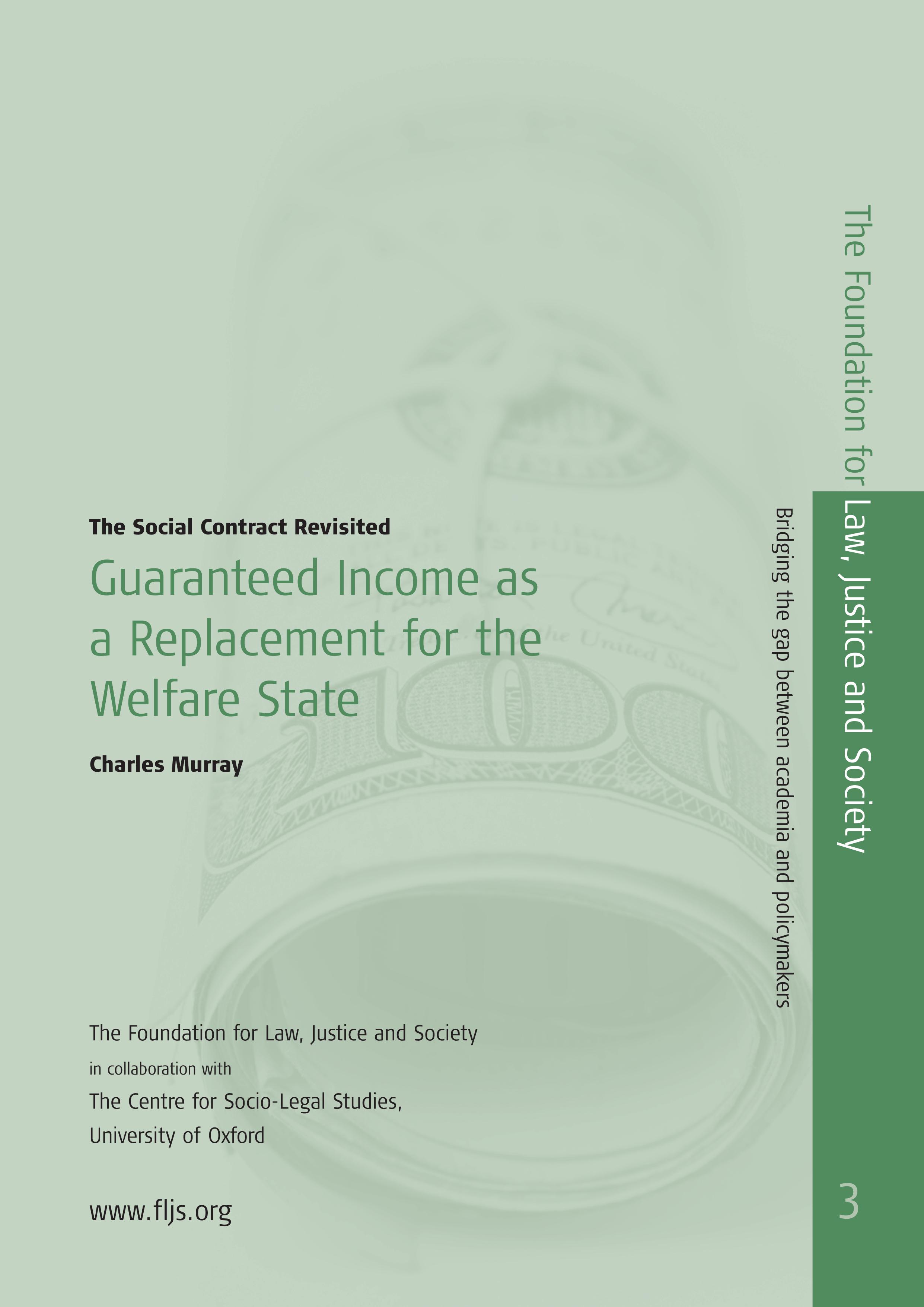 A guaranteed income (GI) that replaces the welfare state is not currently on the political agenda, but it offers the possibility for a grand compromise that could attract a majority political coalition: for the Left, it represents larger government in that it constitutes a state-driven redistribution of wealth, while for the Right, it offers smaller government in terms of the state’s power to control people’s lives.

The overarching reason to scrap the apparatus of the welfare state is that the welfare state is self-destructing. After a process that has taken decades, the welfare state has severely degraded the traditions of work, thrift, and neighbourliness which enabled the system to work at the outset. It is now spawning social and economic problems that it is powerless to solve.
The proposed GI may be expected to bring about a substantial reduction in extramarital births, and to increase, to an uncertain extent, labour force participation among young males currently outside of the labour force.
ALSO OF INTEREST
Policy Brief
Disability Benefit Reform and the Contract for Income Support

Many social security institutions are in the process of reforming their disability benefit programmes in an effort to reduce historically high numbers of beneficiaries on the rolls.

A traditional view of tax that viewed consumption taxes as a way to avoid taxing savings is flawed. A progressive spending tax stands between an income tax, which double-taxes all savings, and a wage tax, which ignores all savings.

Download
Crisis and the Welfare State: The Need for a New Distributinal Agenda

Contemporary welfare states remain in need of powerful policies aimed at protecting against new social risks, inclusion through work, and more equality in education and the labour market. Clearly, in less stratified societies, such as in Scandinavia, there is less scope for Matthew effects and these social policies are likely to be more effective.