Governance of Public Opinion in the Age of Platforms: A Study of China

Jufang Wang, a former news editor in China and academic visitor at the BBC and Oxford University, offers insights into China’s news transformation and Internet governance in the platform age. She argues that the Chinese state has adjusted its Internet regulatory framework to target major digital media platforms such as WeChat, Weibo and Toutiao and requires them to take the “main responsibilites” in governing their sites. Such a new approach leads to what she calls “state governance through platforms”.

Ralph Schroeder from the Oxford Internet Institute argues that the fragmented, weak civil society in China cannot mobilize as a coherent threat to the state, and that the state would not be best served by a blanket repression of social media through which civil society expresses its opinions, and through which trends in popular opinion can be identified.

The controversial ‘social credit system’ the Chinese state employs for surveillance and social management of the population is perceived in the West as Orwellian – yet Prof Schroeder cites research to indicate that Chinese citizens see it as a means to protect themselves against the unscrupulous behaviour of private companies. 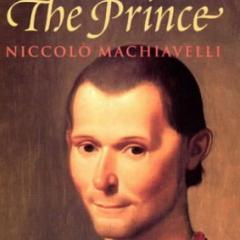