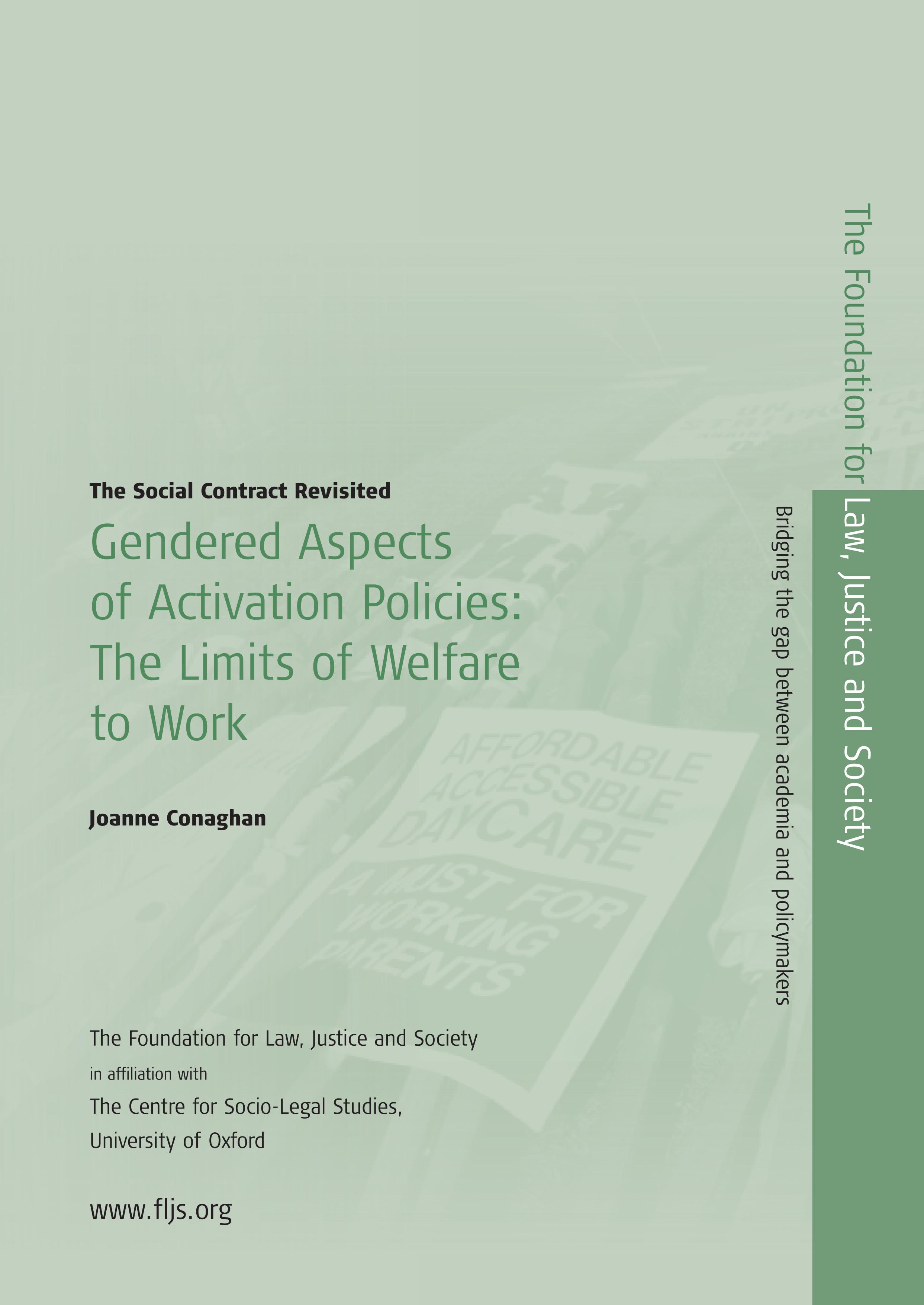 This policy brief argues that the pursuit of activation policies, particularly in the United Kingdom, is insufficiently attentive to issues of gender and to the closely related and complex nexus of gender, work, and care.

The brief takes as its focus the UK government’s welfare reform programme, concentrating on those aspects in which gender considerations are, or should be, of most significance. By so doing, it also seeks to contribute to the wider debate about the desirability and effectiveness of welfare-to-work policies.

Guaranteed Income (GI) is usually defined as an income provided by a government to all adult members of a given nation at a uniform, fixed level, and at regular intervals.

In the new society, the individual and the family are subject to substantial increases in uncertainty in the economic environment. These are caused by globalization, technological changes, shifts in global power structures, and developments in labour and family relations.