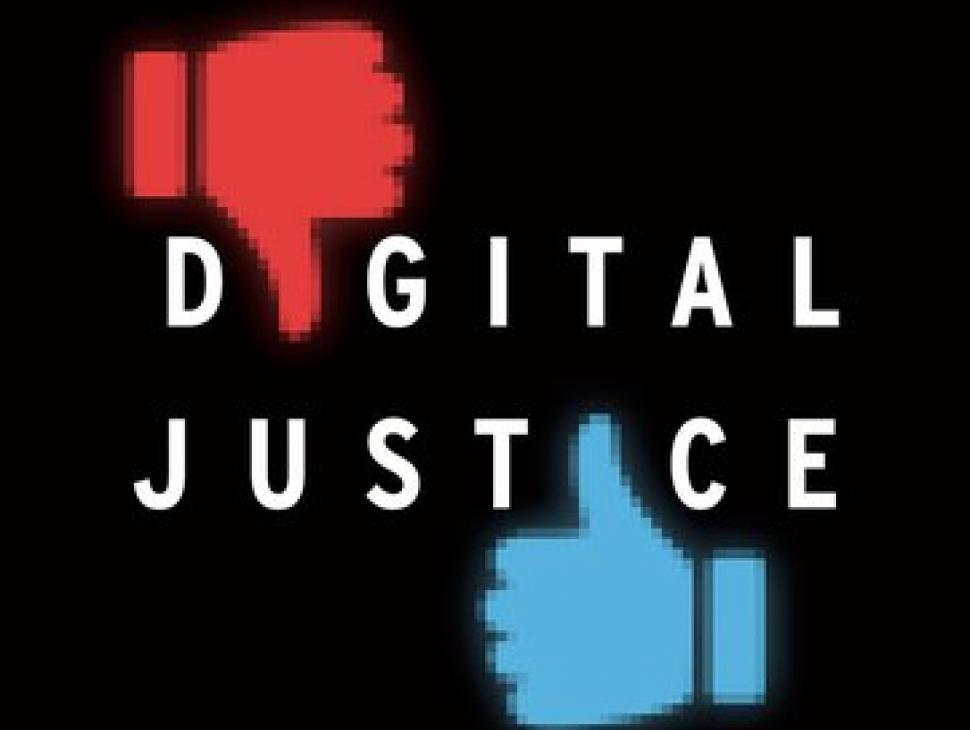 Ethan Katsh and Orna Rabinovich-Einy
Facebook, Big Data, and the Privatization of Justice in the Digital Age

The recent controversy over how Cambridge Analytica manipulated personal data gathered from Facebook has heightened the debate over the dangers of mega-platforms, including privacy violations, curtailment of free speech, and the role that social media is playing in the formation of public opinion and individual political views. But one aspect of the growth of private internet giants and Big Data which has yet to draw public attention is the way in which these bodies are shaping the justice system of the digital age.

In recent decades more and more of our interactions – commercial and social – have moved online. Alongside this growth of online transactions and communications, we are also seeing a growing number of disputes. While disputes are a natural side effect of all interactions, online engagement is more likely to produce misunderstandings than are face-to-face communications, since this relies on a thinner mode of communication – there is no body language, no tone of voice, and the parties who are communicating are often distant strangers from different countries, speaking different languages and having very different expectations from one another. In other cases, they may be individuals located nearby but communicating anonymously or pseudonymously. Not only is the likelihood for a dispute higher online, but, once a dispute has arisen online, it will also escalate more quickly and will typically reach a wider audience than offline.

Online engagement is more likely to produce misunderstandings than are face-to-face communications, since there is no body language, no tone of voice, and the parties who are communicating are often distant strangers from different countries

The answer came in the form of online dispute resolution (ODR) – the online equivalents of familiar ODR processes, such as negotiation, mediation, and arbitration. These mechanisms were developed mostly in the e-commerce setting but have since been adopted in additional arenas such as social media, offline consumer disputes, neighbour disputes, and family conflicts.

While in recent years ODR systems have been introduced into the public sector, such as agencies and courts, their primary use remains in the private arena and it seems safe to say that the largest numbers of disputes arise on the mega-platforms which have the largest number of users.

eBay, for example, has reported handling over 60 million disputes a year through its ODR system. The Chinese e-commerce giant Alibaba has reported hundreds of millions of disputes a year. Some of these disputes arise vis-à-vis the platform, while others with other users. The vast majority of these disputes are ones that would never reach the courts or ADR: they are over low sums of money (if at all) and require quick, accessible, and effective redress.

What are the implications of having massive numbers of disputes handled by private entities with substantial market power? Is this phenomenon different from the privatization of justice as we have known it in the pre-digital era, with the adoption of ADR mechanisms? If so, what are the implications for private justice in the digital age?

On the one hand, the rise of ODR has created exciting new opportunities for enhancing access to justice by providing easy-to-use, inexpensive, and innovative means for redressing disputes that in the pre-digital era would have been in the “lump it” category, and whose costs were therefore borne by the injured party. ODR processes are conducted from afar, rely on automated procedures, and produce substantial data about the dispute and its resolution.

These characteristics of ODR have made these processes qualitatively different from face-to-face informal processes, which were not only conducted synchronously in a physical space, but also relied on the skills of a human third party and typically produced very little data, if at all.

The online nature of ODR processes and the efficiencies of automation have obviously lowered the costs and enhanced the capacity of these processes for handling disputes, and algorithms, through the tailoring of information processing and the provision of prefixed options and custom language, may also level the playing field for parties who have limited access to legal information and have difficulty in communicating their interests and preferences.

Other advantages that may come with increased reliance on algorithms include the curbing of human bias and increased consistency. What’s more, the documentation of dispute data may assist in the detection of patterns of disputes which may result in the proactive resolution of problems without the need to wait for a complaint to arrive and for the dispute to surface, or, in more extreme cases, may enable platforms which have access to dispute data to prevent future problems from arising at all if they detect a problematic pattern and remedy its root cause.

Alongside the significant benefits associated with ODR when employed to resolve the various disputes that arise on private platforms, there is also reason for concern – perhaps more so than in the instances of private justice in the pre-digital era. One troubling aspect of the employment of algorithms is that while they may reduce certain human biases, they may give rise to other problems and biases. This may occur because their configuration reflects the biases of their programmers, which tend to be even more subtle than those affecting third parties resolving disputes. Algorithms may also operate in a biased fashion because they rely on skewed databases.

Perhaps most significantly, in contrast to general belief, algorithms’ operation often defy consistency and predictability, as is becoming increasingly evident in the operation of learning algorithms. Here too, the Facebook experience is telling, as its top executives have failed to provide satisfying explanations in the face of the havoc created by their algorithms.

Alongside algorithms, data, and in the case of large platforms, Big Data, presents another source of concern. The very same private entities that study the data for patterns of dispute and the impact of procedural choices in their dispute resolution processes on particular groups of disputants (e.g., women, minorities) could abuse such data for discriminatory or commercial purposes, while infringing their consumers’ privacy and other rights.

Here too, the Facebook experience is telling, as its top executives have failed to provide satisfying explanations in the face of the havoc created by their algorithms

The new privatization of justice in the form of mega-platforms’ control over dispute resolution and prevention of disputes that arose with respect to activities performed on their sites is different from the privatization through ADR that took place in the last quarter of the twentieth century. In the latter, concern was over the referral of disputes from courts to alternatives where decision-making was not subject to public norms and was not made public so as to allow for quality control and the development of law.

The new era of privatized justice is troubling for the fact that a an entire online universe of disputes is being governed by non-court, for-profit entities (indeed, courts could never handle the vast number of disputes that arise on such platforms) – but the privatization goes deeper and wider.

Big Data presents another source of concern. The very same private entities could abuse such data for discriminatory or commercial purposes, while infringing their consumers’ privacy and other rights

In private ODR, decision-making is obfuscated by both the private nature of the forum and the obscure operation of the underlying algorithm. In addition, ODR activities are complemented by online dispute prevention, which is a more elusive activity than resolution, and practically impossible to monitor and evaluate.

Moreover, while in ADR some court involvement is evident in various measures such as the engagement of ADR professionals versed in law, court referral of disputes and approval of resolutions, and the shadow of the law permeating negotiated and mediated resolutions, in ODR courts are practically non-existent. Many of the activities that give rise to disputes on these platforms did not exist in the pre-digital era – and instead of legal and ADR professionals we now have executives and computer scientists.

What do these developments mean in terms of our justice system? For one, it means that a very substantial portion of our dispute resolution landscape is occurring at a distant remove from court oversight. It also means that our thinking about private justice, party consent, and the monitoring of how private entities address disputes needs to change. We need to develop guidelines for the design of ODR systems and ethical rules for resolution and prevention online.

Courts can play an important role in this task in two important ways. First, some innovative courts are also implementing ODR systems and are therefore developing a public model of ODR which can serve as an inspiration for private designers as well as a yardstick against which private systems can be evaluated.

Our thinking about private justice, party consent, and the monitoring of how private entities address disputes needs to change. We need to develop ethical rules for dispute resolution and prevention online

Second, while courts cannot handle the vast numbers of disputes that arise on mega-platforms, they can and should take part in the evaluation of the systems that handle these disputes, requiring that they meet accepted standards of procedural and substantive fairness. While this task may prove more complex and elusive than that of evaluating face-to-face ADR processes, it is still an important and realizable goal.

Ethan Katsh is considered to be the founder of the field of online dispute resolution. He is Director of the National Center for Technology and Dispute Resolution, and Professor Emeritus of Legal Studies at the University of Massachusetts Amherst. He conducted the eBay Pilot Project in 1999 that led to eBay’s current system that handles over sixty million disputes each year.

The authors recently published a book on dispute resolution and technology with Oxford University Press, entitled Digital Justice: Technology and the Internet of Disputes.

Does the Left’s Landmark Victory in Chile’s Constitutional Elections Signal a New Age of Representative Constitution-Making?
A Fundamental(ly) European ‘right to be forgotten’
How the UK’s ‘internal market’ depends on EU rules – and jeopardizes relations within the UK
The Unfulfilled Promise of the Brazilian Constitution
Electoral Reform: Democracy and Fairness
Colombian Peace Processes: Parapolítica and the transformative role of Courts in transition
Muddling Through: Brexit, the unwritten Constitution, and the Limits of Political Authority
Will the People of Chile Succeed in Rewriting their ‘Dictatorship Constitution’?
The EU referendum: No legal salve for UK’s disenfranchised non-resident citizens
Preserving Parliamentary Power in Pakistan
Magna Carta: A Beggarly Thing, A Mess of Pottage
A Break in China’s Smog: Will environmental concerns help deliver consumer rights to China?
The Regulatory Space: An Evolving Paradigm
Twenty-five years since the Velvet Revolutions, how much has changed in the Eastern Bloc?
A decade on from the Morecambe Bay cockling tragedy, the business of human trafficking is thriving