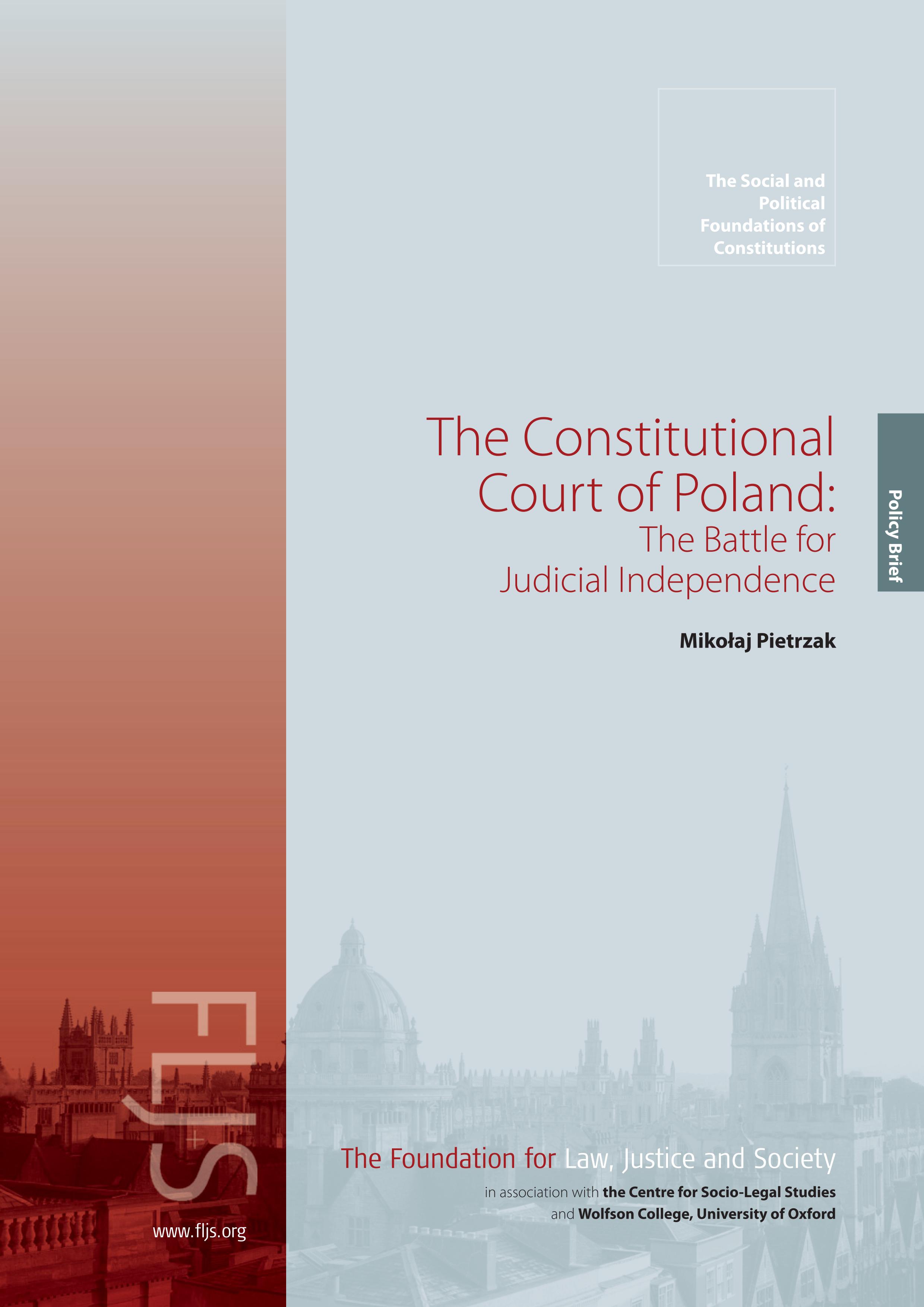 A former Chairman of the Human Rights Commission of the Polish Bar Council, the author contends that the Law and Justice Party, through a series of statutes relating to the functioning of the Constitutional Court and the process of appointing new judges, has managed to undermine the position and legal stability of the Court.

Moreover, in its refusal to publish crucial judgments of the Constitutional Court (without legal authority to do so), the government has raised the threat of dualism in the Polish legal system, which in turn presents a serious threat to the protection of rights and freedoms of Polish citizens.

The policy brief details the political and legal changes occurring in Poland in recent years, and suggests that, despite resistance from within the judicial system and popular protests, the continued independence of the judiciary may only be secured through the combined efforts of internal and international actors.

From post-conflict Iraqi federalism to the decentralist teachings of the World Bank in the developing world, comparative federalism has found increasingly vibrant applications in practice, particularly in the writing of federal constitutions for post-conflict societies. In its applied form, New Institutionalism prescribes instant constitutional solutions which fail to account for the more problematic uncodified factors.