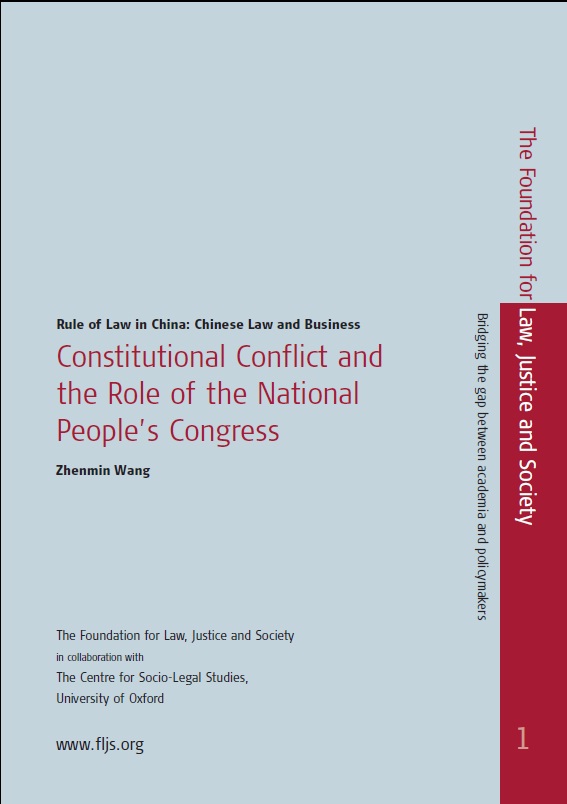 Constitutional disputes are unique among social disputes, given that the constitutionality or legality of laws (acts) and government actions is contested, and to solve them requires particular institutions and procedures.

China revised its legal system, including criminal, civil, and administrative litigation procedures, after the Cultural Revolution in the late 1970s and promised to establish a socialist rule of law through the 1999 constitutional amendments. However, China was slow to develop a sound constitutional review mechanism, which meant that constitutional law did not form part of the common conception of rule of law.
ALSO OF INTEREST
Policy Brief
Popular Attitudes towards Dispute Processing in Urban and Rural China

Instead, they exhibit an extraordinary tendency toward ‘self-help’, including dispute avoidance and bilateral negotiation. When they do seek help from third parties, they are far more likely to approach local community leaders and government agencies than lawyers and courts.
Download
Policy Brief
The Political Economy of China’s Transition