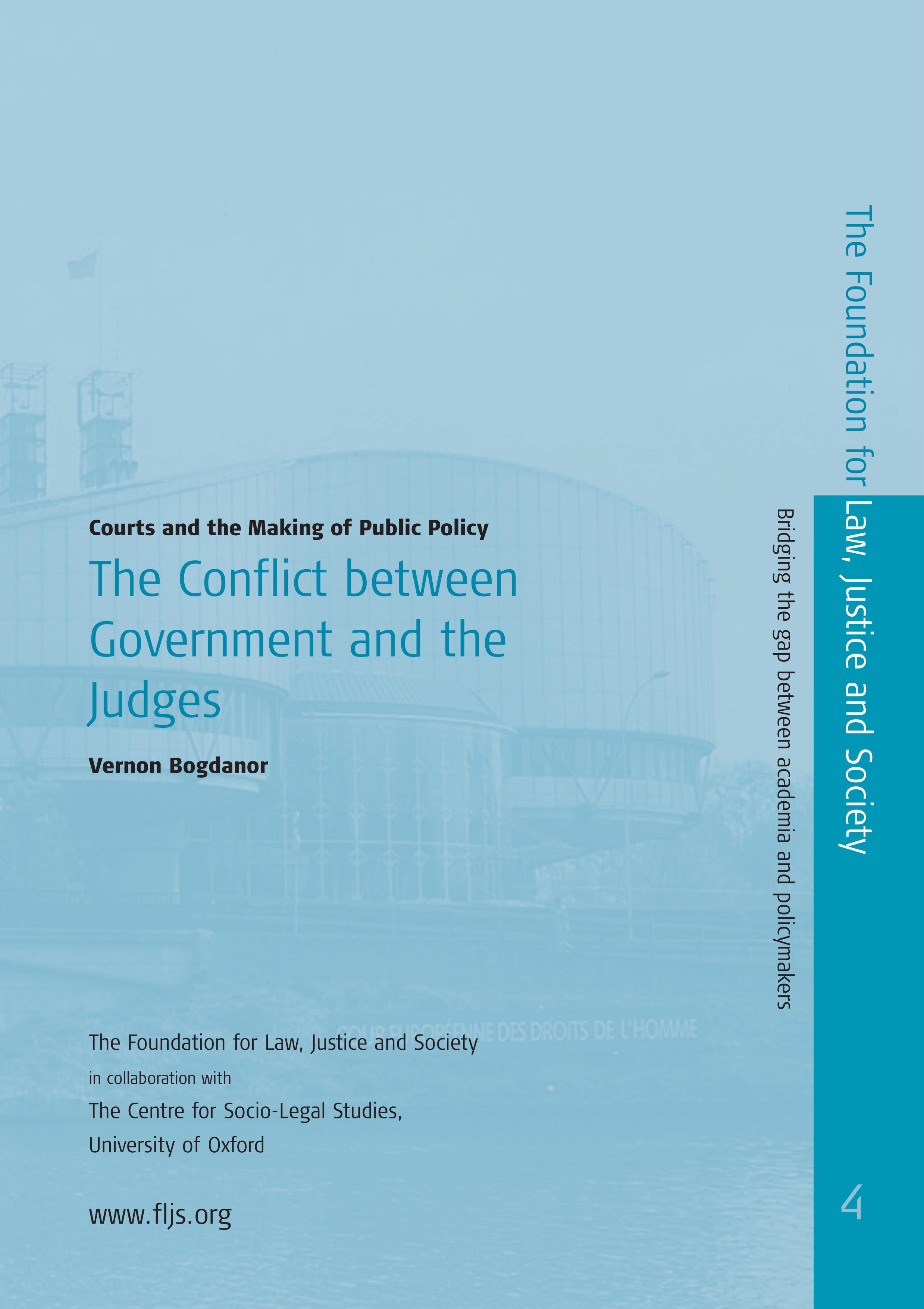 Conflict between the judges and government is built into the very concept of the judicial protection of human rights. The Human Rights Act does presuppose a basic consensus on human rights between the judges, on the one hand, and the government, people and Parliament on the other. However, there is clearly no consensus when it comes to the rights of unpopular minorities, particularly concerning controversial issues such as asylum seekers and suspected terrorists.

The government argues the need for new measures to tackle these problems, whilst the judges argue against compromising our traditional principles of habeas corpus and the presumption of innocence.
It is clear that there is a conflict between two constitutional principles; the sovereignty of Parliament and the rule of law. This conflict, if unresolved, could result in constitutional crisis.
ALSO OF INTEREST
Policy Brief
Can Courts Be ‘Trusted’ in National Security Crises?

Download
Report
The Role of Courts in a Democracy