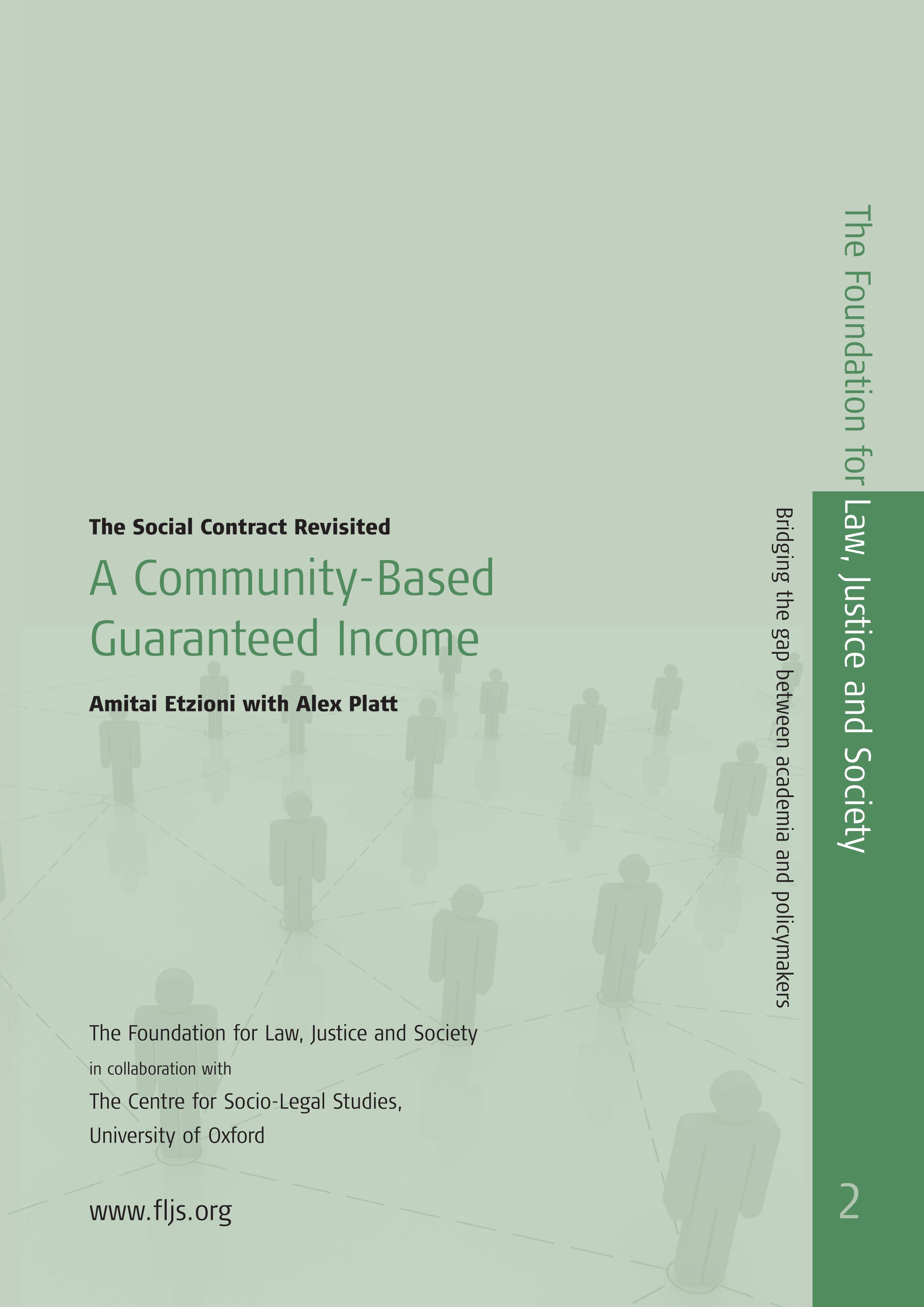 Guaranteed Income (GI) is usually defined as an income provided by a government to all adult members of a given nation at a uniform, fixed level, and at regular intervals.

GI as public policy is typically characterized as a socio-economic right of an individual, or an entitlement provided by the legitimate institutions of a given polity. Many authors have supported GI on the grounds that it is a ‘human’ or ‘natural’ right, or some other variation of the basic rights argument.
Analysis reveals that these various rights-based arguments are predicated on a morally incomplete and sociologically inaccurate vision of society. By contrast, this brief advocates and analyzes a GI which both reflects and arises out of the responsibilities we have to one another as members of both smaller and more encompassing communities.
This community-based analysis of GI gives rise to numerous implications for public policy.
ALSO OF INTEREST
The Social Contract in Hard Times

This report and series of policy briefs emanate from a workshop held in Oxford in October 2009, in which political scientists and legal experts examine the impact of recent hard times on the social contract.

The issues are addressed from a range of perspectives, including measures for effective redistribution through social welfare programmes in Europe, loyalty benefits in the Middle East, and the need for a global social contract to encompass Africa and the developing world.

A guaranteed income (GI) that replaces the welfare state is not currently on the political agenda, but it offers the possibility for a grand compromise that could attract a majority political coalition: for the Left, it represents larger government in that it constitutes a state-driven redistribution of wealth, while for the Right, it offers smaller government in terms of the state’s power to control people’s lives.

A traditional view of tax that viewed consumption taxes as a way to avoid taxing savings is flawed. A progressive spending tax stands between an income tax, which double-taxes all savings, and a wage tax, which ignores all savings.