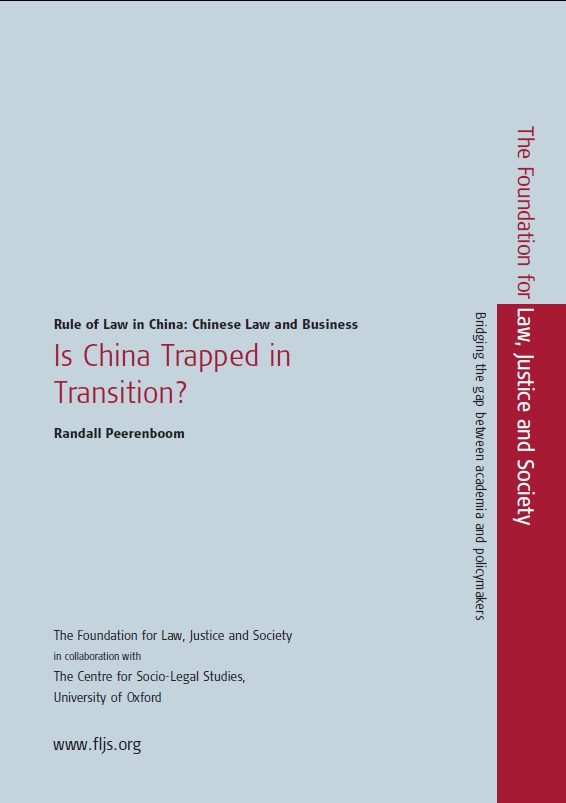 An overview of a range of reflections by leading experts on Minxin Pei's thesis that China's transition has stalled.

Courts in China today often act like legislative bodies, making law by issuing interpretations of laws that are binding on the courts. The general trend in China has been towards more transparency and greater public participation in legislative law-making and administrative rulemaking processes. In contrast, the judicial interpretation process is less transparent, with significantly less room for public participation.

The standard frameworks used to evaluate constitutional systems are not well suited to exposing transitional capacity. The constitutional problems that Minxin Pei’s Trapped in Transition focuses on do not reveal the system’s eventual capacity to transcend them.

This is the ﬁrst book in English on judicial independence in China. This may not seem surprising given China remains an effectivelysingle-party socialist authoritarian state, the widely reported prosecutions of political dissidents and the conventional wisdom that China has never had independent courts.