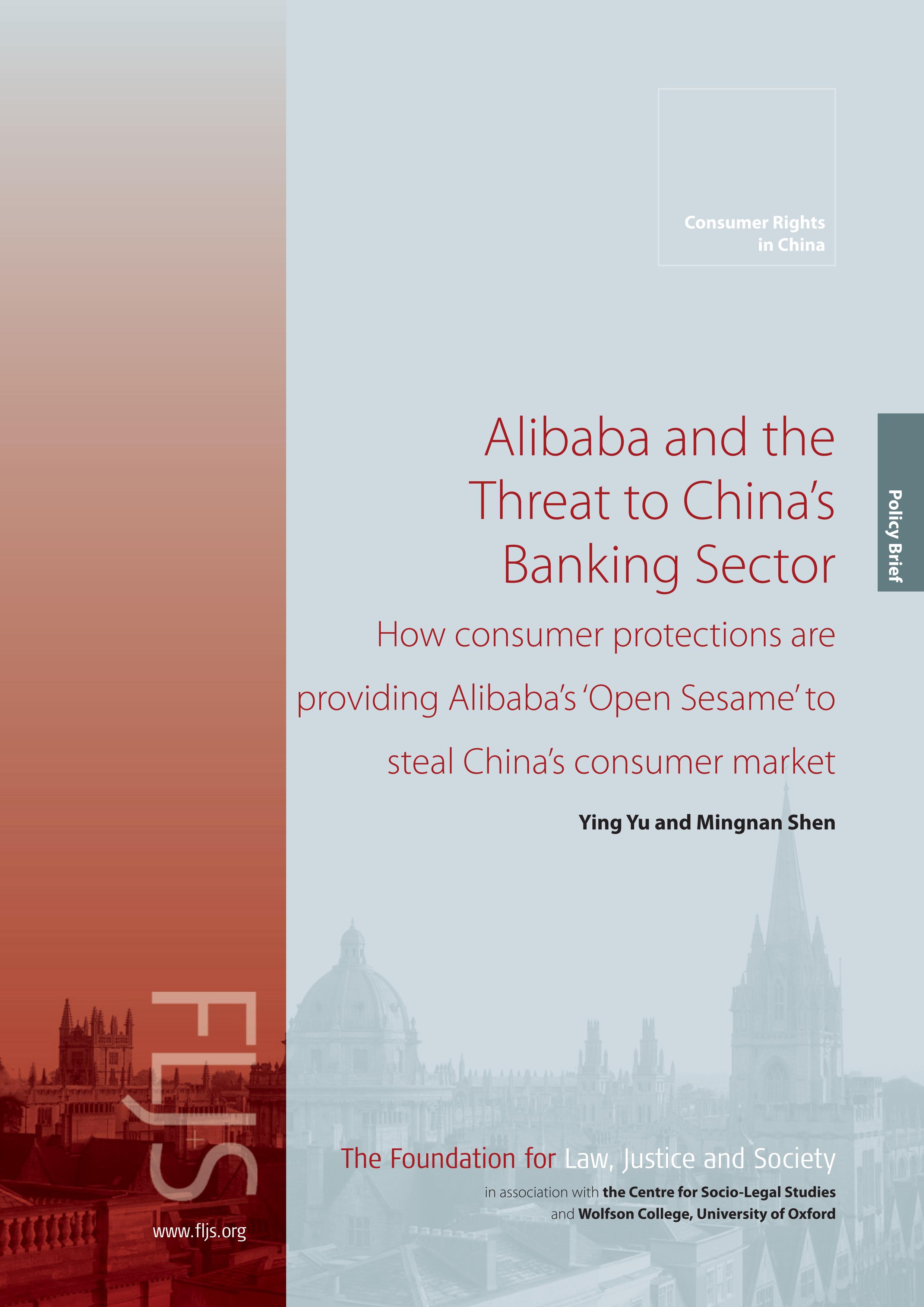 Alibaba and the Threat to China's Banking Sector
Ying Yu and Mingnan Shen
Alibaba and the Threat to China's Banking Sector.pdf (882.28 KB)
Alibaba and the Threat to China's Banking Sector
In 2014, Chinese e-commerce behemoth Alibaba became the world’s largest e-commerce platform with 307 million customers, bigger than Amazon and eBay combined, and the second largest internet company in the world, behind Google.
Alibaba's success in unlocking the potential of the Chinese consumer marketplace is largely due to the ‘guarantee’ it offers consumers via its Alipay payment service. Thanks to Alipay, the Alibaba conglomerate is not only a vigorous opponent of international competitors in the internet industry, but also, most significantly, the biggest threat to China’s banks within the traditional state-dominated finance industry.
This policy brief investigates how Alipay drives Alibaba’s growth, analysing current consumer protection issues in China, Alipay’s legal character, and its ability to provide previously unknown levels of consumer redress for the Chinese consumer. The author examines why the banks failed to secure their share in China’s vast online market, despite the triple advantages they received — state support, public trust, and monopoly status — and asks whether Alibaba's rise could topple China’s state-backed banking system.
ALSO OF INTEREST
Policy Brief
China’s Transition: Predatory State or Developmental Autocracy?

Instead, they exhibit an extraordinary tendency toward ‘self-help’, including dispute avoidance and bilateral negotiation. When they do seek help from third parties, they are far more likely to approach local community leaders and government agencies than lawyers and courts.
Download
Policy Brief
The Role of Foreign Investment in China’s Transition

The rate of increase of foreign direct investment (FDI) has slowed and its proportion of totalinvestment in China has declined.

Foreign investment has exerted a positive influence, not only through its immediate economic impacts, but also by serving as a model for domestic economic reform, and for domesticbusinesses to become more socially conscious.
Download
Policy Brief
The Making of China’s Corporate Bankruptcy Law