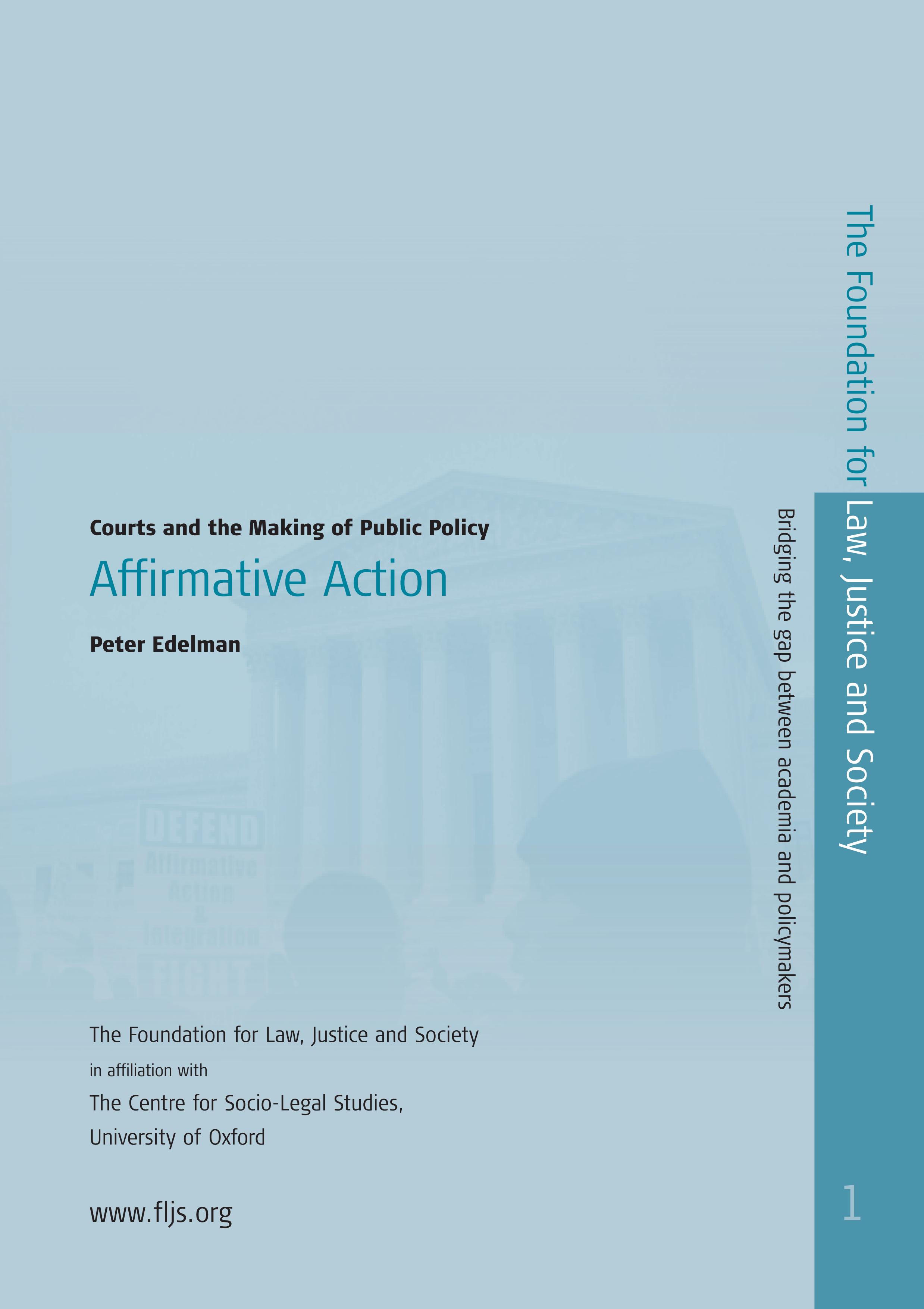 The 1960s was a decade of racial progress in the US, but also of anger that not more was achieved. One response to the civil unrest in America’s cities was an executive order issued by President Johnson requiring firms contracting with the federal government to implement affirmative action to increase the employment of African Americans.

In recent years, the Court has approved a new theory of affirmative action, which should not be based on past behaviour, rather on the promotion of diversity for the future. It applied it to college and university admissions. However, in 2007, it refused to apply it to voluntary actions by states and school boards, which wanted to set policies to promote racial desegregation below college level.
Looking to the future, other alternatives are, or should be, on the table. One is the possibility of substituting economic integration for race-based policies. This is being tested in a few school systems, and in some post-secondary contexts. The challenge for America more broadly is to commit to ending the continuing and disproportionate poverty amongst African Americans, and other minority communities. This is denoted the affirmative-action challenge of the twenty-first century.
ALSO OF INTEREST
Policy Brief
A Social Contract for the Twenty-first Century: Socio-Economic Rights and Wealthier Democracies

This policy brief charts the slow boadening of access to environmental justice in England and Wales over the past few decades, and examines current and future prospects with reference to the Aarhus Convention and the implications of potential reforms to the 'loser pays' fees system for legal action taken by environmental NGOs and civil society organizations.

The rise of populism in Eastern Europe has had a significant effect on the rule of law, and the reaction of the judiciary to the changing political environment has been particularly revealing.

The key question that this policy brief addresses is: to what extent can the judiciary, as bound by constitutional principles and values, be seen as a guardian of liberal democracy against aggressive majorities and authoritarian and illiberal populist leaders?
Download
Report
If the Public Would Be Outraged by their Rulings Should Judges Care?

Report of the 2007 Annual Lecture in Law and Society, delivered by Cass Sunstein.

There are a number of ways in which public outrage might produce bad effects. It might render a decision futile … or it might just produce overall harm, if, for example, it threatens national security.
Download